Don’t underestimate this friendly face. John Schultz is a senior state champ, but will he be able to handle the skills of a ping-pong world champion?

At 77, John Schultz isn’t slowing down. He’s an avid table tennis player in the Florida area. John started playing table tennis in high school when a Latvian exchange student taught him the basic skills. The majority of his competitions have been as a senior in Florida, where he has played in the Florida state championship. He’s also been bringing home medals since the tournament was established 22 years ago. So you could say he’s been pretty successful on the state level. But what about a match against what may be the world’s greatest? Check out John’s test drive in the new 2015 Ford Mustang while he is surprised with a match against Chong Tay, the World Senior Table Tennis Champion. And what did John have to say? “Well, that is a fantastic, fantastic deal.”

What does it feel like to drive a Mustang? In Mustang Moments, award-winning director Alex Gibney captures people on the brink of a personal breakthrough as their dreams meet opportunities with a chance to pursue their passion—all while they’re behind the wheel of a new 2015 Ford Mustang.

Celebrating 50 years of pure innovation and 50 years of turning heads with the new 2015 Ford Mustang. Catch all the latest Mustang videos on the Official Mustang YouTube Channel. 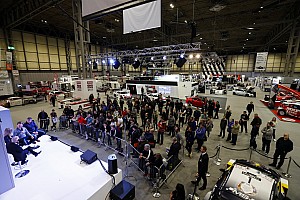